It all began with a single game.

The Twin Cities' first openly gay softball team was formed at The Saloon on May 6, 1979. The team was sponsored by The Saloon and was associated with the Minnesota Gay Athletic Association (MGAA), which had already established the "Goodtime" bowling league. That summer the softball team played several charity games, including a game on July 29 at Parade Stadium against the Minneapolis police department, also known as the Blue Team. That Sunday, hundreds of fans overflowed the bleachers and stretched down the third baseline to support the Saloon team, and behind the team's bench were male cheerleaders clad with green and white uniforms. Dozens of more fans sat in the first baseline bleachers in support of the Blue Team. To the surprise of most, the Saloon team came out as the victorious winner of the game. 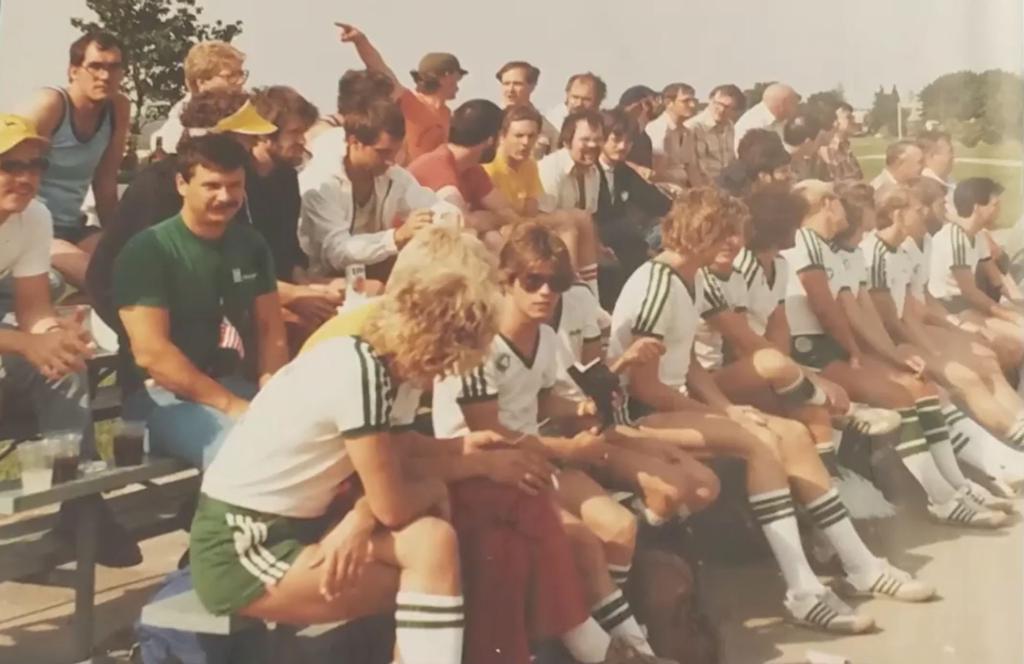 News of the game led the evening news on local TV stations, and the following day the Minneapolis Tribune on page one of the metro section with the headline "Gay Team Defeats Police 12-7 in Charity Softball Game." Later that summer, the team was invited to the third Gay Softball World Series (GSWS) held in Milwaukee that year over Labor Day weekend. The Saloon team placed second, losing to a Los Angeles team in the championship game, 12-13. 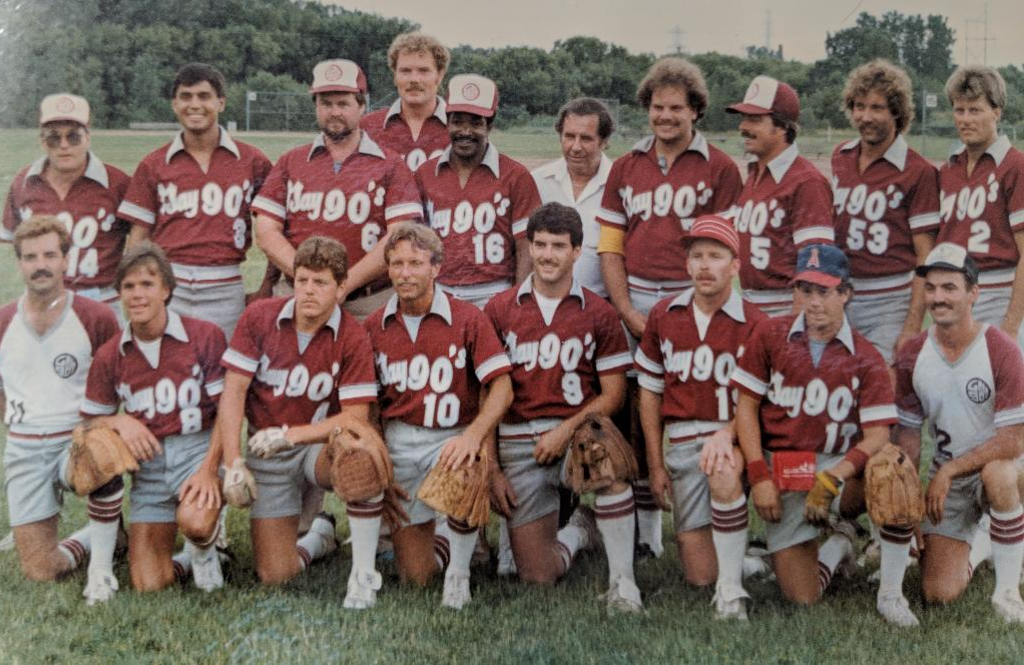 A league was born.

In January 1980, the Twin Cities Goodtime Softball League (TCGSL) was established. The league adopted the name "goodtime" partly because of having a good time aligned with the league's mission statement, but also because in those days, it wasn't always safe to identify as gay. In March 1980, the fledgling league was accepted as the seventh member of the North American Gay Amateur Athletic Alliance (NAGAAA), the organization responsible for hosting the GSWS. TCGSL quickly established itself as an instrumental part of NAGAAA, contributing significantly to NAGAAA administration and competitions.

TCGSL's 9-game maiden season was inaugurated on Sunday, June 1, 1980, at Basset Creek Park in Minneapolis. Four teams participated that season, three sponsored by bars, and one formed from a social community group. At the end of the season, the league held its first playoffs. The Saloon Spirits won the double-elimination tournament, earning the opportunity to represent the Twin Cities in that year's World Series.

In the second season (1981), the league expanded to 7 teams. That same year, TCGSL began publication of a weekly newsletter loaded with team and individual softball stats. In addition, the league hosted its first national tournament over Independence Day weekend. The tournament was comprised of 16 teams, and since has evolved into the North Star Classic (NSC).

In its third season (1982), the league fielded 6 teams, one fewer than the year before, and the regular season expanded to twenty games.

By the end of the 1980s, the league had moved from Basset Creek's three overlapping fields to the nearby Bryn Mawr Meadows, which offered improved playing conditions and room for growth.

The North Star Classic moved to Memorial Day weekend, and would be hosted most years, bringing several teams from across the nation to Minneapolis for a fun competitive tournament. 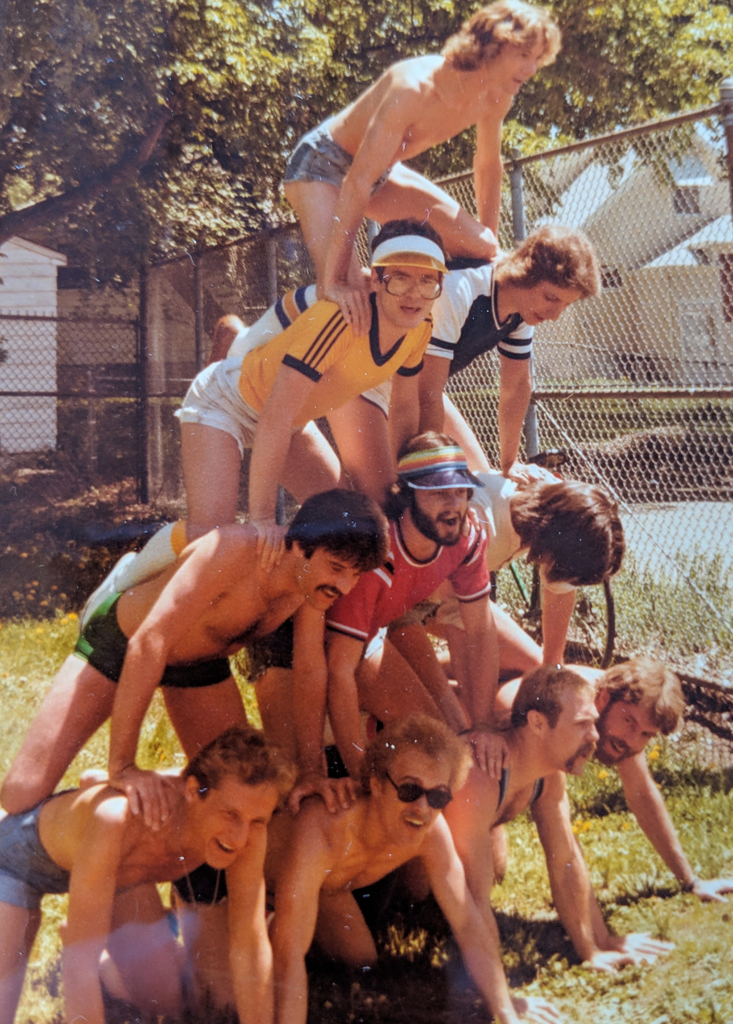 With the three-division structure in place, and the fall league established, TCGSL grew steadily form 15 teams in 1995 to 24 in 2001. Meanwhile, TCGSL hosted its first GSWS tournament in 1996. In 2002, the league implemented a four-division structure, forming A, B, C, and D divisions for the league playoffs. This increased the competitiveness for the division playoffs, and once again mirrored the introduction of a D division to the GSWS that same season.

In 2012, TCGSL reached 38 teams. That same year, TCGSL would again host the GSWS. Around that time, the league, for the first time, had deviated from aligning its structure with the GSWS, and instead implemented a more loosely structured five-division composition for league play. This continues to cultivate the spirit of having a good time and maintains a fun and competitive season of play. The league continued to have a strong presence with national tournaments, as well as at the GSWS, where teams conform to the standard structure of A, B, C, and D divisions.

In 2017, TCGSL was recognized as Minnesota's Best Softball League by WCCO. NAGAAA restructured divisions and added an E division in 2019; however, TCGSL continued to use the more loosely structured five-division composition for league play.

In 2020, a global pandemic wreaked havoc on daily life. Based on local and national emergency responses, TCGSL canceled the 2020 season. TCGSL teams would return to playing ball in 2021 as mandates eased, allowing leagues around the nation to resume playing the sport we all love.

Founded in 2004, the Hall of Fame recognizes past and present league members, and their contributions - coming soon!

Founded in 1997, the Hall of Fame recognizes past and present NAGAAA members, and their contributions.

League historians have been moving decades of print, photos, and documents to our league archive to help preserve our history - coming soon!